At least 21 people were killed when a bus carrying passengers including students preparing to sit for their annual college entrance exam plunged into a lake in southwest China yesterday.

The bus crashed into a guardrail and veered into Hongshan Lake in Guizhou Province, leaving 16 others injured, the local emergency management department said in a statement.

Among the 37 people that have been found so far, 12 are students and five of them has been confirmed dead. The driver also died. It’s not immediately clear how many were on board the bus or how many of them were students. 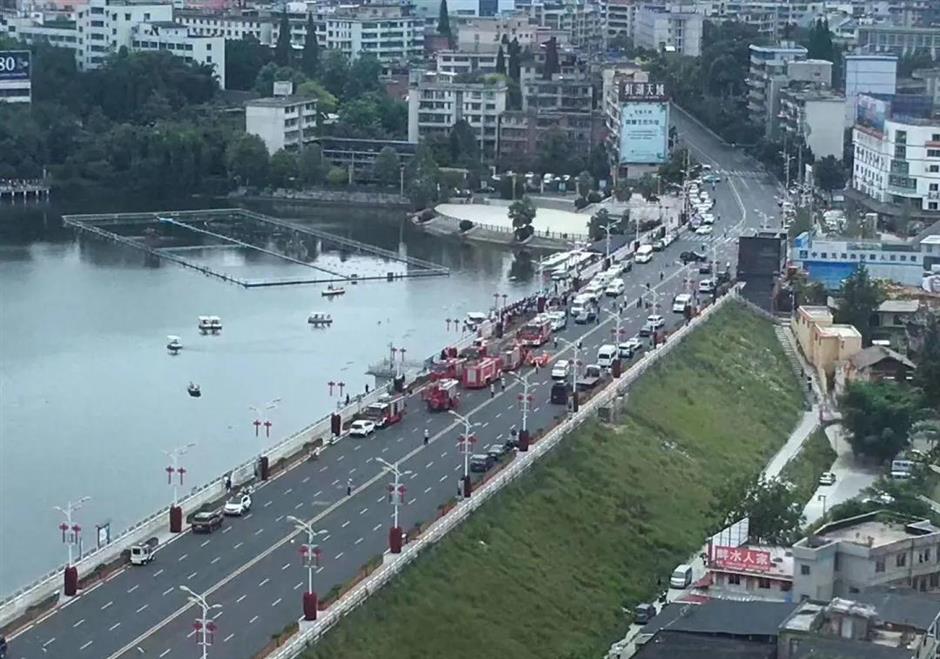 The incident took place around noon in Anshun City, Guizhou, and CCTV said some of passengers on the public bus were students scheduled to take the gaokao, or national college entrance examination.

Security camera footage shared on social media by CCTV showed the vehicle veering across at least five lanes and cutting into oncoming traffic before it plowed through barriers on the other side of the road.

The injured have been sent to hospital for treatment. The bus has been salvaged ashore and rescuers are still searching for other passengers, according to the rescue team on the site.

Local authorities pledged an investigation into the cause of the accident. More than 200 people helped with rescue efforts.