Chen Fengqing, a 59-year-old farmer in Tongxiang, Jiaxing, East China’s Zhejiang province, recently made a plane all by himself, local media reported on Dec 5.

The hand-built aircraft has become an attraction in Chen’s village, drawing numerous visitors every day.

Due to the plane making process, the courtyard of Chen’s home has been transformed into a “manufacturing base” that is full of various machines, tools, components, and other materials.

“I have liked manual work since childhood, especially fixing things,” said Chen. “I always try to fix home appliance and even medical devices.”

Chen noted that he wanted to do something challenging earlier this year and suddenly the idea for making a plane came to his mind. 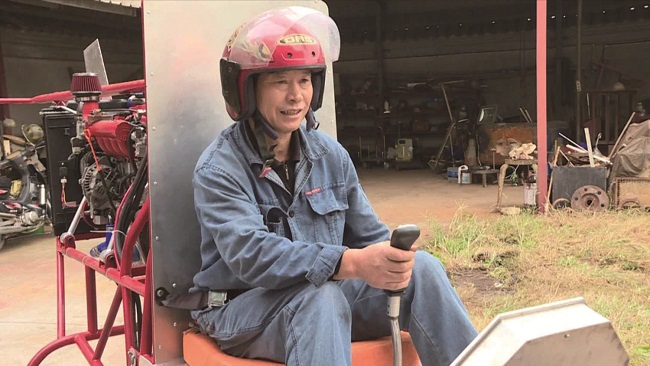 At first, Chen drew a drawing for his plane after studying numerous aircraft drawings he bought from online stores. He then found components for the aircraft.

Chen added that it is not easy to purchase appropriate components and some are not available on the market. As a result, he had to make them all by himself.

Currently, the plane is still being debugged.

However, the hand-built plane is not allowed to fly in the air without receiving approval from relevant authorities and it can only be used to spray pesticides on crops, according to a staff member from Jiaxing Airport.