CNConnect
Thomas Hitchings, director of sport and assistant head teacher at the British International School Shanghai, on Ruyi Peak in Yangshuo with his family

A British teacher is being hailed as a hero by his Shanghai colleagues and students after he saved a boy from drowning when he was on holiday in Guilin.

The British International School Shanghai told Shanghai Daily that Thomas Hitchings, its director of sport and assistant head teacher, pulled a 4-year-old boy from a branch of Lijiang River in Yangshuo County of Guilin, Guangxi, on July 24 when he was vacationing with his family.

Hitchings is a triathlete and trained swimming teacher from Leicester in the UK.

The teacher, who has worked for the British International School for eight years, said he was checking out of the Moondance Hotel, when someone burst in the lobby of the hotel and screamed that a child was drowning in the nearby river.

He sprinted to the scene and made a quick assessment of how safe the water was before entering to rescue the boy who was face-down about 40 meters from shore.

“The boy had been playing on a weir and had fallen in,” said Hitchings. “The water he was in was deep with a slow but strong current. I went into autopilot and knew I could help.”

“When I swam up to him, he wasn’t moving and his face and limbs were blue. My life saving training kicked in and I checked for a pulse whilst trying to wake him. Thankfully he had a weak pulse but I needed to perform mouth to mouth resuscitation to restart his breathing. This worked quickly and he regained consciousness after a fountain of water came out of his mouth.”

When conscious, the disoriented boy began struggling against his rescuer – a common reaction known as the instinctive drowning response.

“The boy was very distressed and it took a lot of energy to keep us both afloat while his fight response relaxed,” said Hitchings.

“This is a normal response and totally understandable given the last thing he will remember was drowning. This is what makes water rescues so dangerous and why we are taught to only enter the water as a last resort.”

As Hitchings swam closer to shore, he was able to reach a floatation device brought out by hotel staff members and other tourists.

“By the time I reached the rescue buoy, my body was completely exhausted,” he said. “Performing CPR while treading water and then trying to hold on to the boy while he’s struggling to get away used up all my energy.”

When on shore, the boy was given additional aid to remove water from his lungs and stomach. A driver from the hotel then rushed him and his mother to a local hospital.

Hitchings went back to his hotel room for a very quick shower and then left for airport with his family for a flight back to Shanghai. He said he suffered no injury from the rescue but he did have a good sleep that night due to exhaustion.

A staffer from the hotel told Shanghai Daily that the boy was a tourist and has returned home with his family safe and sound. They had showed gratitude to Hitchings for his help.

Hitchings hopes this experience will inspire parents to fully support their children to take up swimming lessons at an early age.

“At the international school where I work, we give weekly swimming lessons to children as young as two years old,” he said. “Not only is it a great way to stay in shape and have fun in a safe environment, learning to swim could someday save a life … including your own.” 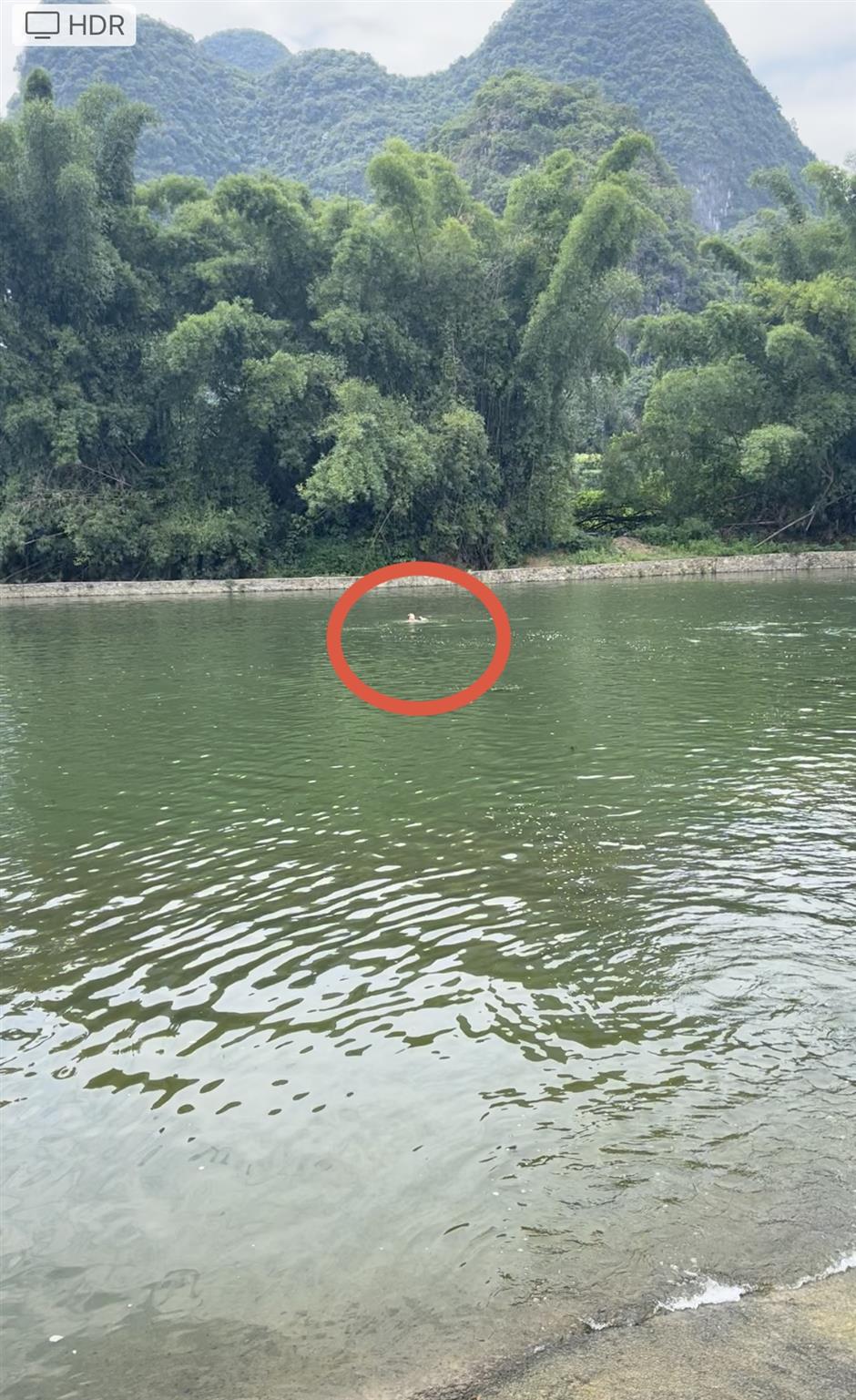